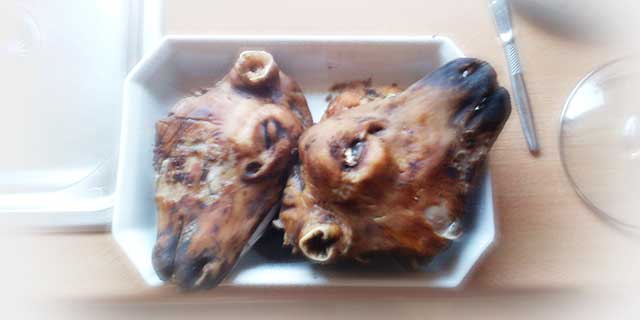 In the last two weeks I have been so lucky to be willingly subjected to both Icelandic and Danish cuisine – to what you might call as somewhat requiring “acquired tastes” – in the shape of Danish fried eal (yes, you read correctly: sea-serpent on a pan…) and Icelandic sheep-heads (eyes, tounge and all, burnt and boiled…). 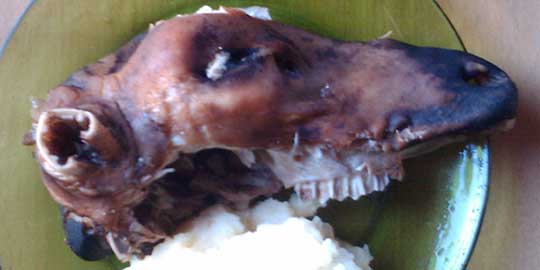 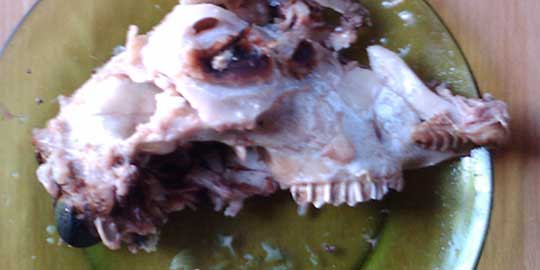 I have tried the sheep-heads before, growing up in Iceland, but the eals were a first. Both dishes were very tasty, albeit somewhat tricky to eat (given the amount of cartilage, brains, teeth and vertebrae involved). The reason I mention this at all is that they stand to serve as a reminder of how stuck we have become in patterns of consumption as pertaining to our food. Basically, if we can’t find it in the local supermarket in tidy square Styrofoam trays, most of us won’t even consider trying it or that it can be eaten at all…

Which brings me to one of the funniest, and at the same time saddest, quotes I’ve ever seen:

“To all you hunters who kill animals for food, shame on you; you ought to go to the store and buy the meat that was made there, where no animals were harmed.”

I find this emerging tendency of us as a species – as being so utterly disjointed from the reality of our existence – quite fascinating and scary at the same time. What will be next, I wonder. Where do people think the eggs, the milk and the chicken-nuggets come from?