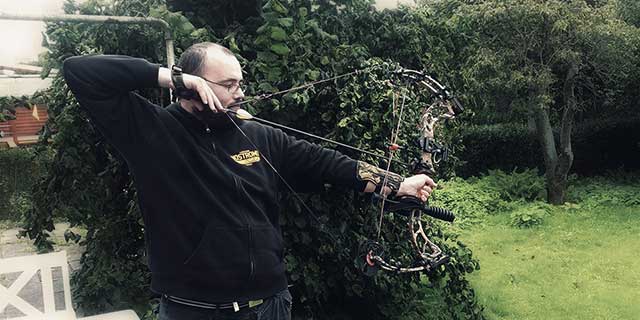 I had a GREAT weekend patiently hunting down rebel garden-gnomes (of which there unfortunately were none, so civilian cardboard-boxes had to be sacrificed in their stead) in some friends’ awesome back-yard in Odense. Followed by good old fashioned pen and paper role-playing with “the boys” – whose names will remain redacted due to concerns of national security – for a whole 12+ hour session, just like in the old days when we lived in dorms and studied all day. Although pen and paper role-playing might sound as something juvenile and silly – which it most assuredly is, at least the way we do it – it is also an incredibly entertaining way for people with a modicum of fantasy and imagination to have fun and practice that good old grey matter and train useful real-life board-room skills such as team-work, sitting in the same chair for extended periods of time, haggling, creative problem solving and exaggeratedly embellished storytelling.

This got topped off the next day by more space-age archery in Give – a small rural town in the middle of Jylland – where we shot at bales of machine-packed straw from 10-20m with surprising accuracy.

21st century archery is nothing to be scoffed at and apparently bows and arrows – in their modern high-tech incarnations with fibre-optic sights, carbon-fibre composite materials, computer aided high-precision machining and revamped through modern engineering – are just as valid and deadly as weapons for hunting and general mischief as they have always been. I really like the idea that something so “simple” – as a tool originally made from a stick and some intestine or animal hair – can remain viable in an easily recognisable descendant form tens of thousands of years after it’s initial inception due to the universal validity of the idea behind it. Now that is what I call great design!

Anyway, now my head is brimming with ideas for more art and I definitely know what I want for Christmas…