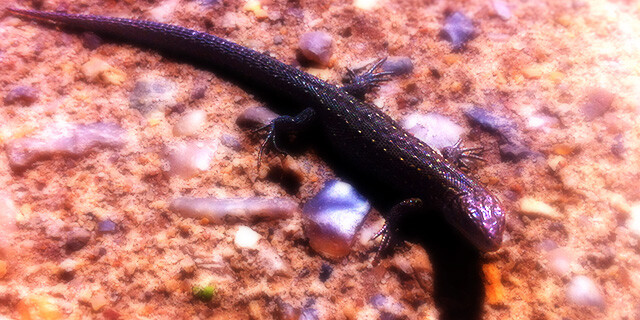 After 16 years in Denmark, I had no idea that the Innsmouth’esque little hamlet in the swamps of the Danish Mid-West (a.k.a. Banjo Country) that I soon will live in, is infested with AWESOME Miniature-Dragons!

Growing up on an isolated island – that mostly just sports domestic animals, flies, the occasional daddy-longlegs and tourists driven mad by the ecstasy of clean air and weak currency – it never ceases to amaze me when I find a strange creature I’ve never seen before just going about its business.

I stumbled-, and almost stepped-, upon this little fellow strutting his (or her? or its?) stuff on the road outside my office, during my lunch break last week. Yet another reason to watch where I am going…